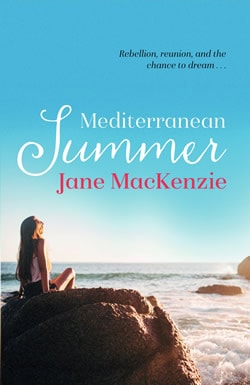 May 1968 and Paris is hot with rebellion, passion and hope, as protestors clash with the riot police. Brilliant art student Laure stands boldly on the barricades, heady with her new-found defiance, and is swept into romance with Lolo, the fascinating student leader. But youthful rebellion comes at a cost.

Two months later, the excitement is over. Laure heads home for the summer to Vermeilla, her picturesque Mediterranean village. She looks forward to the simplicity of village life, and to a summer in the sun with family and friends, but is aware that the new Laure may shock her little Catalan community.

But even Vermeilla isn’t protected from the forces of change. Shadows hang over both Laure and her village haven. Can she battle the menace that has followed her from Paris? And can she trust Robert, the aloof lawyer who may be the only one who can keep her safe?

Vine Voice reviewer Beanie Luck: “A really beautiful story that transported me away to a place I have never been, but yet I feel will now always be a part of me. Gorgeous.”

It is 1963, and in her mansion in the foothills of the Pyrenees, Joana idles her days away, banished by her powerful husband and alienated from her family. Meanwhile, in Barcelona, her daughter Carla is impoverished and in trouble.

Hating all her parents stand for, Carla has embraced the student movement against the Franco regime, but her father has been watching her, and, just before their wedding, her beloved fiancé is arrested.Pregnant Carla runs to grandmother Maria, terrified, powerless to help either Luc or herself. Maria shelters her, but they know their movements are still being followed. Why did her daughter Joana marry into the Franco regime and abandon her family? Maria has never understood.

This is the story of three generations of women, torn apart by the Spanish Civil War, and by one determined man. It takes the arrival of an unknown cousin for them to start building bridges. Martin carries his own ghosts, but he has come looking for his family, and his belief in them helps them unite to face the enemy together, one autumn in Catalonia.

This is the story of three generations of women, torn apart by the Spanish Civil War, and by one determined man. It takes the arrival of an unknown cousin for them to start building bridges. Martin carries his own ghosts, but he has come looking for his family, and his belief in them helps them unite to face the enemy together, one autumn in Catalonia.

“This is a story in which love wins over evil, and belief brings hope, emerging victorious into the sunshine of the Catalan landscape.” 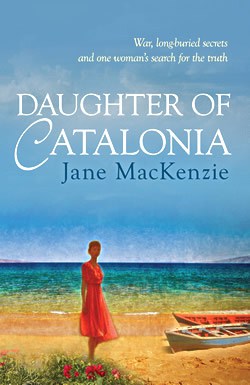 When charismatic Spaniard Luis elopes with high born Elise from Paris in 1935, and takes her to live in Catalan France, they little know that war is going to rip France apart, separate them, and ultimately destroy them both, sending Elise into unhappy exile in England, and Luis to his death in the French Resistance.

It is many years later, in 1958, that their daughter Madeleine escapes to France, to the beloved village of her childhood memory, to seek out her roots and the truth of her parents’ story. Her journey liberates her from a childhood of stifled gentility in her grandparents’ home, and takes her through glitzy Paris and on to the heat and passion of Catalonia.

But her arrival in her childhood village unleashes more than she had bargained for, as Madeleine confronts the secrets of war and learns the shocking truth behind her father’s death.And as her own Catalan love story begins, she has to come to terms with her past, and learn to forgive and to believe in the legacy of love her parents left behind.

Daily Mail: Mackenzie evocatively captures the beauty of the Banyuls region of France and how its mix of French and Catalan culture forms something unique . . . This is a novel of quiet intensity and deep emotion.

Newbooks Magazine: This . . . is a very satisfying story in many ways – characters you believe in and care about, wonderful descriptions of French Catalonia and a strong plot. It is hard to believe it is a first novel as the writing is so good. 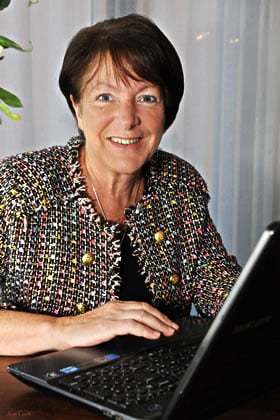